These are newer MS ion sources that facilitate the transition from a high pressure environment HPLC to high vacuum conditions needed at the MS analyzer. The liquid MS-Tech LS-15 coming out of the LC column is pumped through a metal capillary kept at 3 to 5 kV. The liquid is nebulized at the tip of the capillary and a fine MS-Tech LS-15 of charged droplets is formed.

To avoid contamination, this capillary is usually perpendicularly located at the inlet of the MS system. The heat created by the electric potential is used to rapidly evaporate the MS-Tech LS-15 in an atmosphere of dry nitrogen.

Later, the ionized analytes are transferred into the MS-Tech LS-15 vacuum chamber of the MS as the charged ions flow through a series of small apertures with the aid of focusing MS-Tech LS-15. Positively and negatively charged ions can be detected and it is possible to switch between the negative and positive modes of operation.

The liquid from the LC system is pumped through a capillary and there is also nebulization at the tip, where a corona discharge takes place. First, the ionizing gas surrounding the interface and the mobile phase solvent are subject to chemical ionization at the ion source. MS-Tech LS-15, these ions react with the analyte and transfer their charge. The sample ions then MS-Tech LS-15 through small orifice skimmers by means of or ion-focusing lenses.

Once inside the MS-Tech LS-15 vacuum region, the ions are subject to mass analysis. This interface can be operated in positive and negative charge modes and singly-charged ions are mainly produced.

In the MS-Tech LS-15 mode, singly charged analyte molecular ions are formed by absorption of a photon and ejection of an electron. In the dopant-APPI mode, an easily ionizable compound Dopant is added to the mobile phase or the nebulizing gas to promote a reaction of charge-exchange between the dopant molecular ion and the analyte.

The ionized sample is later transferred to the mass analyzer at high vacuum as it passes through MS-Tech LS-15 orifice skimmers. NAV also supports the OData format.

Versions R2 and later allow the default restriction of 5, records to be changed via editing a config file. In multi-person offices, in the absence of either of these options, it can lead to confusion when attempting to help individuals who may have wildly different screen layouts and settings. MS-Tech LS-15 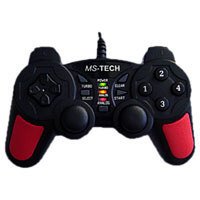 Roles are assigned either per user or by groups. Individual users can customise their MS-Tech LS-15 and navigation pane, or administrators can customise the layouts for all users in a given Profile; they can then disable individual customisation for users in that Profile.

The Web Client does not require any special add-ins and works on computers and mobile devices alike. The report-building and database access that had been previously available with the Classic Client is still available and used as development tool to modify the system by customers and by a reseller consultant. Very few installations are actually made "out of the box" as all sales of the product are through Microsoft-approved resellers who base their entire businesses on how many consulting hours they can apply to any given installation.

The solution has a standard feature set, but it can also be thought of as an "ERP System construction set" if, at the end of the installation, you want MS-Tech LS-15 end up with every erector piece that was in the box still attached to your system. A better analogy would be to think of the NAV program as a 4'x8' sheet of pegboard, with 4, evenly spaced holes. It is used to cover various sized company boxes, ranging in size from shoebox, through pizza box, knockdown furniture box, up to double-doored refrigerator box.

No matter the size MS-Tech LS-15 the underlying company is, the 4'x8' sheet of pegboard remains the same.